Are Free Reusable Bags Already Out of Favor? 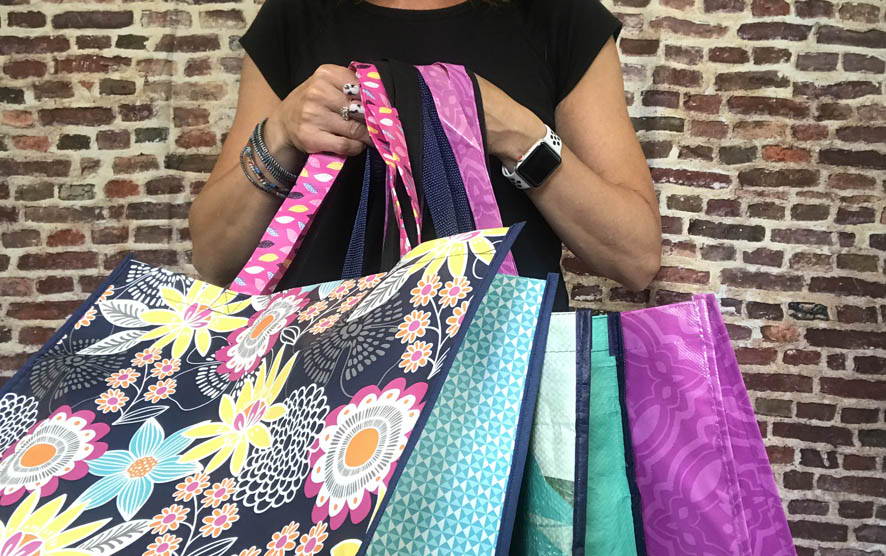 Last weekend I committed to cleaning up the garage. At this point in the summer, it is generally filled up with the usual suspects: bicycles, cases of water, balls of all kinds, lawn chairs and tons of bags.

As I looked at the assortment of bags, I realized there must be at least 50 reusable bags. Not just from grocery stores, but clothes stores, craft stores, shoe stores, fundraisers and conferences. Since I had acquired so many for free, or for less than $2 per bag, it took no time at all to amass such a large collection.

As I began sorting through them, I started to wonder how many of us had piles of these reusable bags. Were we all accumulating dozens of reusable bags or just me? As a lifelong marketer, the idea of using a reusable bag as a form of advertising is a no brainer – particularly in towns with plastic bag bans. Why wouldn’t a grocery or clothes store want to give away bags with their logo on it? In fact, I’m pretty sure one of the first items I ordered when I decided to get into retail was a reusable bag with the ecoimagine logo on it - made out of recycled material, of course. But had we all gone too far?

In my defense, due to a recent plastic bag ban in Lexington, I thought giving out reusable bags would be received with open arms. However, as I began packing up purchases, I found that more and more people told me they didn't need a bag. I figured they were just staying on theme, but as I asked strangers and cashiers in other retail settings, I found the general trend for those who didn't want the bags was threefold: 1) They had their own bags and didn't need any more, 2) They forgot their bag in the car and would use a paper bag "just this time" or 3) didn't want a reusable bag - period.

So to answer my own question, “Are free reusable bags already out of favor?” I would say, “sort of.” For those of us who have been on this train for a while, we know the value of reusable bags - we just don’t need 50 of them, even if they are free. For those who were never on the train, one is one too many.

What To Do With All Those Extra Reusable Bags

If you find that you are part of the group with too many reusable bags, I have a few creative ideas to get some use out of them.

1. Use them when making a charitable donation. Instead of putting clothes, shoes or household items in a paper bag or box, use a reusable bag. The bag may also come in handy to someone else in need.

2. Use them for storing holiday items instead of boxes or plastic bins. I know it can be hard to part with plastic bins, but reusable bags fit in more places and don’t get as heavy. You'll be glad when it's time to lug that holiday stuff up and down the stairs. Shoulder handles make it much easier to carry!

3. Use them for organizing seasonal items into logical groupings. Instead of throwing all your stuff together in one bin, I have found that by grouping items in smaller bags and labeling them "hats and scarves," instead of "winter clothes," made it much easier to find what I needed.

4. Donate them to ecoimagine!  Starting next week, ecoimagine will begin collecting gently used reusable bags at our Downtown Lexington location for a new product line of repurposed items we are working on.

Whatever we can’t use, we will donate to schools, libraries or good will. 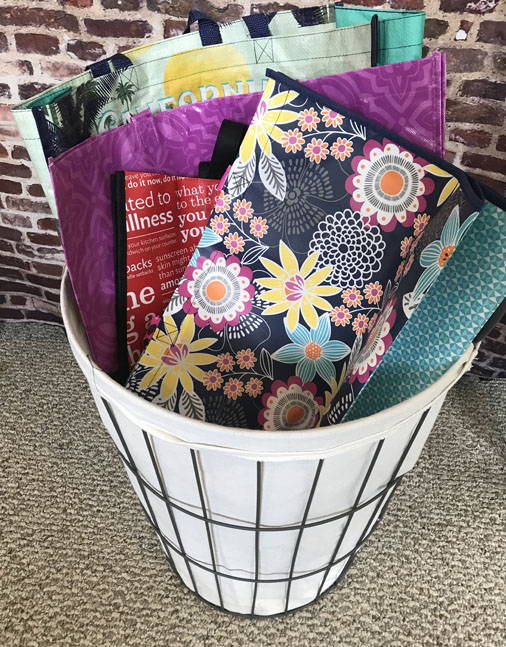 For Those Who Do Not Own a Reusable Bag

For those of you who have yet to own a reusable bag, my suggestion is to start with one that you can fold up and carry easily. Our organic cotton tote folds so small, you can fit it in a tiny purse or in a bicycle saddle bag. It’s washable, durable and can hold books and bottles easily.

At ecoimagine, we think if everyone chooses one way to contribute to a sustainable future, we’re on the right track.

For more articles from Lisa Cassidy, visit our blog at: https://ecoimagine.com/blogs/news 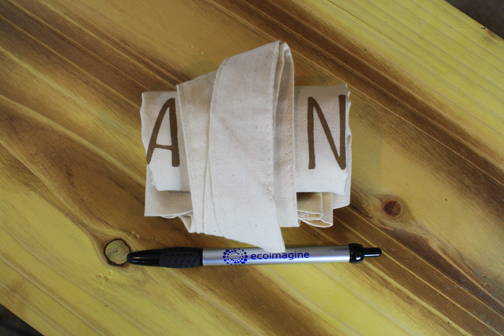 Be among the first.

Be among the first to get notified about new products, upcoming events and exclusive offers.

Be the first to learn about our new arrivals!

By clicking enter you are verifying that you are old enough to consume alcohol.

Your cart is currently empty.